Episode 3 of our podcast 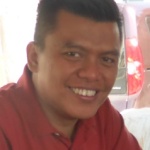 Huda set up several non-government rehabilitation programs for terrorists released from jail in Indonesia, to help prevent them from becoming involved in violent extremism again. He’s now based in Australia, studying the involvement of Indonesians with the “Islamic State” in Syria and Iraq.

The episode begins by discussing Noor Huda’s journey into this world. We talk about his teenage years in a boarding school in a central Java that was run by Abdullah Sungkar and Abu Baku Bashir. Sungkar and Bashir were members of an Indonesian jihadist movement called Darul Islam and would become the co-founders of the terrorist group Jemaah Islamiyah (JI).

Several students in this school were recruited into JI, trained in Afghanistan, and later carried out bombings in Indonesia in the early 2000s. But Huda’s life went in a very different…